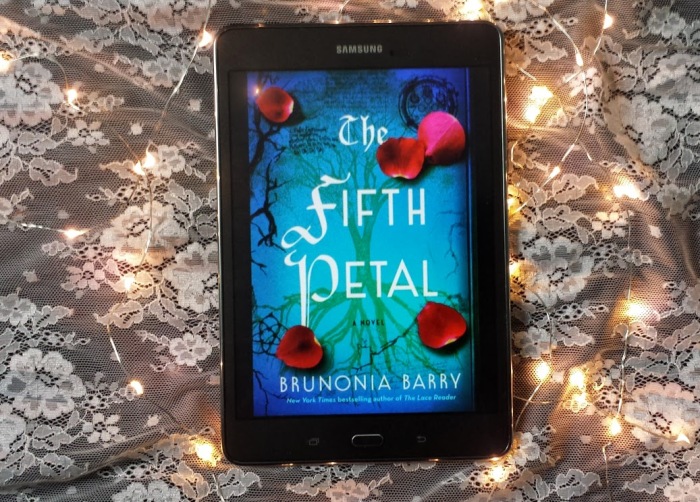 The Fifth Petal by Brunonia Barry

This book is the sequel to Barry’s The Lace Reader, which has been on my TBR for quite some time (I picked it up at a library book sale a couple of years ago and simply never had the time). And while the characters in the Lace Reader do appear in this book, in The Fifth Petal, Barry chooses to focus on a few new characters in her slightly offset Salem, Massachusetts.

In 1989, three young women were murdered on Halloween night, allegedly while performing a satanic ritual. The crime, falling into legend as “The Goddess Murders,” were never solved, and continue to haunt the subconscious of Salem, Mass, ever since. Twenty-five years later, the sole suspect in the original murders is once again involved in an unusual homicide. The incident rips the scab off old wounds, bringing the Goddess Murders back into the limelight. Police Chief John Rafferty, with the aid of Callie Cahill, the only survivor of the massacre, must uncover the truth of what happened on Halloween two and a half decades ago, before more evil befalls the town.

This was an intriguing little mystery. The plots twists in and out of the Salem Witch Hysteria of 1692, and the lives of those victims and their accusers. Modern day witches, healers, and psychics abound. Banshees, wronged goddesses, and black magic infuse the plot. The modern day and the darkness of Puritan New England collide uniquely in Barry’s book. The plot meanders a bit, certain elements occasionally make the story seem overlong, but in all this is a tidy and engrossing mystery.

Any fan of mysteries will probably enjoy this book. The inclusion of plot lines from the Salem Witchcraft Trials was a big bonus for me. I had not read The Lace Reader before picking up this one (alas, I didn’t get the chance), but I was never lost. This book can be read as a stand-alone if preferred, though now I am doubly excited to read the first in the series.

An advance ebook was provided by the publisher via NetGalley in exchange for an honest review. The Fifth Petal will be available for purchase on January 24th, 2017.