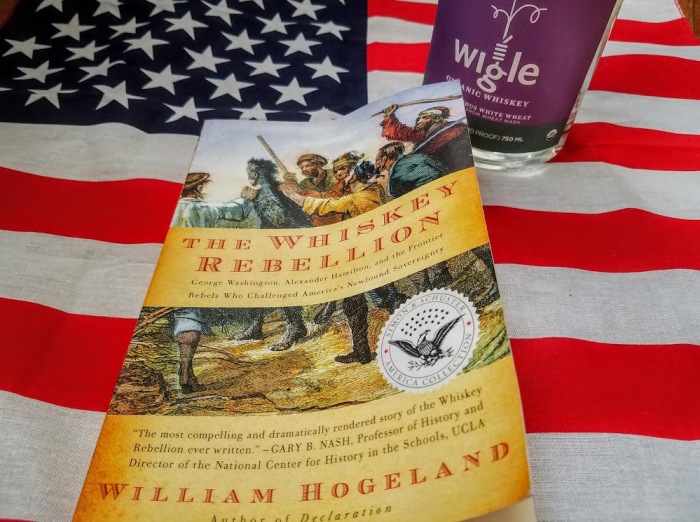 As a Pittsburgh transplant, I love finding new historical bits about my adopted hometown. I first heard of the Whiskey Rebellion during a tour at a local whiskey distillery, Wigle Whiskey  (totally necessary product placement), which is named after one of the accused rebels. The Whiskey Rebellion is the only time in The history of the United States that a sitting president has led troops against his own citizens. Fascinating stuff.

Long story short, in order to pay our country’s debts from the Revolutionary War, Alexander Hamilton (yes, the one from the musical) lobbied for a tax on whiskey production. Unfortunately, this tax was designed to disproportionately affect small, independent stills, and not the larger corporate enterprises (deja  vu, anyone?). Citizens of Western Pennsylvania were especially hard hit, and a (sometimes violent) grassroots resistance formed to fight the whiskey tax.

Hogeland does a good job of balancing the drier, dates-and-names portion of the tale with the utter insanity of the times. The book is definitely meant for more serious historians, but I think that even the average reader will find the subject matter fascinating. The Whiskey Rebellion is an important part of United States history, and the story has many parallels with events today.

The Whiskey Rebellion is currently available for purchase.

One thought on “Book Review: The Whiskey Rebellion by William Hogeland”