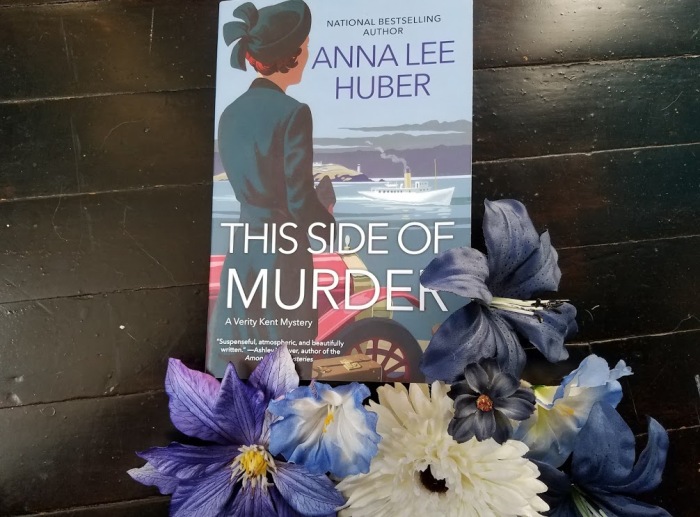 This Side of Murder by Anna Lee Huber

After the end of World War I, Verity Kent is on her way to a house party celebrating the engagement of one of her late husband’s friends. Normally Verity prefers to be alone in her grief, but a mysterious message arrives, alleging that her husband, who died in battle on the fields of France, was actually a traitor to Great Britain. The letter hints that answers will be found at the party, and so Verity, who worked for the Secret Service during the war, sets off to find out the truth of her husband’s death. Once on isolated Umbersea Island, however, Verity finds that most of the party guests are potential suspects. When several guests are die mysteriously, it seems that someone will go to any lengths to keep the facts secret, and Verity must race against time to uncover the murderer’s identity before she is targeted next.

This was a great little period mystery. Verity Kent is an intelligent, determined, traumatized woman, who despite her losses in the war, is determined to continue to live her own life and defend the reputation of her dead husband. The isolated island provides a nice little “locked room” aspect to the mystery, ensuring that those on the island are unable to get help, and are indeed trapped with a murderer. Huber does a wonderful job with Verity, and the interactions between her characters are top notch. There are the requisite twists, turns, and red herrings, but I have to say that I did not anticipate how the book would end.

Fans of period mysteries, such as the Maisie Dobbs books by Jacqueline Windspear, and classical mysteries like Agatha Christie‘s novels should find a lot to love in this new mystery series. Huber has delivered up a classically intriguing story, and a fantastic new heroine.

A copy of this book was provided by the publisher via Goodreads Giveaways in exchange for an honest review.