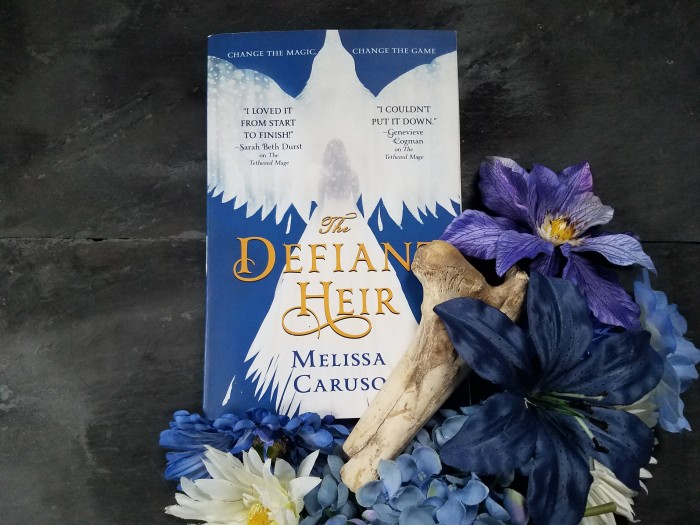 The Defiant Heir by Melissa Caruso

Amalia Cornaro’s political star is on the rise. After averting disaster and civil war within the Raverran Empire, she has, however reluctantly, accepted her place as her mother’s heir. But the Witch Lords of Vaskandar, led by the sadistic skinwitch Ruven, are preparing for war with the Empire. These incredibly powerful mages, each more or less invincible in their own realms, could spell the end of Raverra itself. Amalia and her fire warlock falcon, Zaira, once again find themselves the first line of defense for their homeland.

The Tethered Mage was one of my favorite debut fantasy novels. Caruso created a world (based loosely on renaissance Venice) that was full of magic and people, a world that was vibrant, that had a feel of reality and history to it. In Defiant Heir, Caruso build on this strong foundation, and allows the world and her characters to grow.

This story takes us out of the now-familiar Raverra and into Vaskandar, of which we hear only vague rumors before. I enjoyed how the focus on the Witch Lords allowed for the magic system of the world to grow and evolve alongside the characters.

This book is ostensibly in the young adult genre, but is engaging and intelligent enough to appeal to a wide range of readers. Anyone looking for a fantastic fantasy series featuring a smart, resourceful, and relatable female lead need look no further.