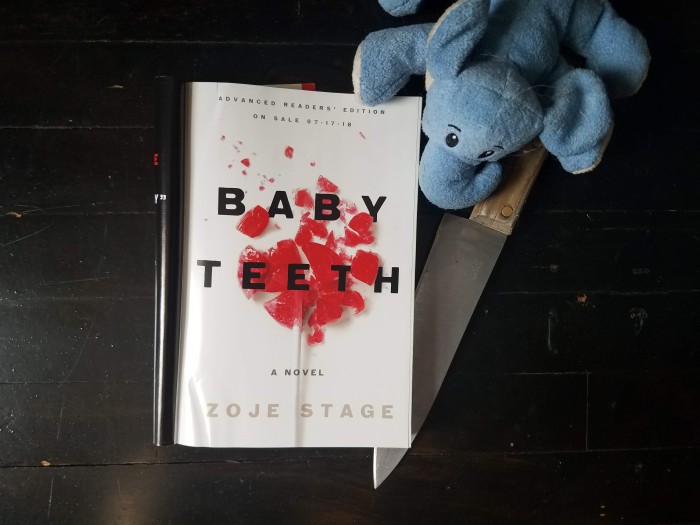 Hanna is nearly perfect, at least according to her daddy. So what if she still isn’t speaking at age seven? She’s clearly very intelligent, and more than capable of communicating in her own way. Those schools she’s been expelled from? They just didn’t understand her. Suzette, Hanna’s mother suspects something is wrong. Her precocious child is displaying worrying tendencies towards manipulation and violence. While her husband remains blind to Hanna’s problems, Suzette begins to suspect she may be the target of Hanna’s wrath.

Let me say at the start that my interpretation of the book may be a bit different from most. I am emphatically childfree, don’t really care for children in any case, and tend to regard most of them as tiny little psychopaths until they reach their midtwenties. Am I justified in this point of view? Probably not. But that’s the mindset I’m coming from when reading this book.

And it was nightmarish. The book is great, don’t get me wrong. It is tightly written, and the alternating points of view between Suzette and Hanna let us truly get to know the central characters. I had to take a break from the book about 100 pages in because it was keeping me up at night. The utter despair and hopelessness of Suzette’s situation is wrenching. She is trying (though imperfectly) to do right by her daughter, though years of abnormal and worrying behavior from Hanna have made her a bit ambivalent about motherhood. Compound this with her husband’s need to see only the perfect, upper-middle class family he desires, and Suzette is entirely alone to deal with her daughter. This I find terrifying: when dealing with mental and behavioral abnormalities in childhood, it is generally left to the mother to wonder where she went wrong, and what she could have done differently. And in all cases, motherhood is a condition with no escape. Someone may regret bringing a child into the world, but there are few socially acceptable ways to divorce oneself from parenthood, especially when being “a good mother” is considered the epitome of female (and especially middle class) success.

Well, enough ranting. I did, obviously, pick the book back up (and finished the remainder in one sitting). In the interests of keeping this review spoiler-free, I’m going to say little about the latter part of the book, but I will say that I was surprised by the direction the story took.

In sum, this book is a nuanced look at motherhood and psychopathy, at the loneliness of being a stay at home mother, and the frustration of being an atypical child. This book intimately describes the horror of finding out that, rather than the sweet, beautiful child you may have dreamed about, you have given birth to a monster, and are now tethered to its side.

I’d be curious to see what more maternally-minded people thought of his book? We’re their sympathies (like mine) fully with Suzette? Or do they see something redeeming in Hanna? Do they feel the horror as “that could have been me”? Or does the horror lie in “Suzette should have done x,y,z”? I would love to hear your thoughts, feel free to leave me a comment or two!

An advance copy of this book was provided by the publisher in exchange for an honest review. 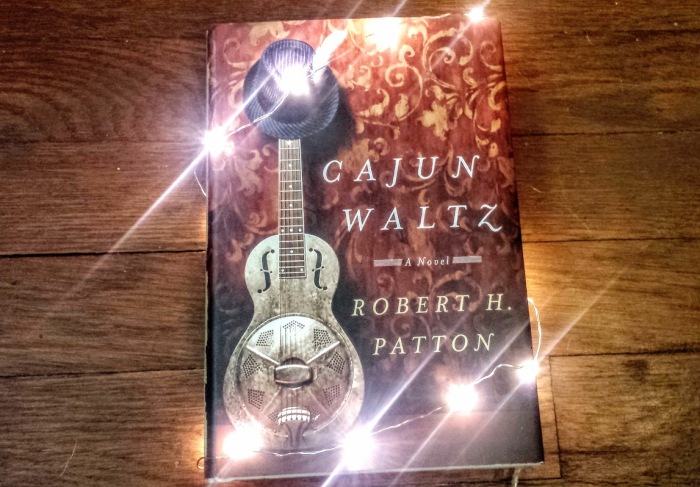 Cajun Waltz is a Greek tragedy with roots deep in black delta soil. The story begins with Richard (Richie) Bainard, a white musician from Texas who finds himself in Lake Charles, Louisiana in 1928. Richie is a bit of a shiftless layabout, thinking about getting out of the music business and into something a bit more profitable. A chance encounter with the spinster daughter of the local dry goods store seems to offer him a way out, and a violent encounter with some good old boys after a performance with a black musician cements his choice. Richie marries the spinster and finds himself heir to a burgeoning retail empire.

Unfortunately, with a small taste of power and control, we find that Richie Bainard is not exactly a very good person. He is a violent and unfaithful drunk, terrorizing his family, friends, and mistress.

Like any good Greek tragedy, the sins of the father carry forward to the next generation. Here we have the twins: Bonnie, cold and pathologically calculating, and R.J., shiftless and casually violent. And then there is Seth, Bonnie and R.J.’s half brother, partially blinded and crippled in an accident as a child, trying to feel his way free of his poisonous family. Also exiting and entering the plot are the Bainards’ hangers-on, enemies, and victims, everyone’s stories weaving in and out of one another to form a tapestry of a dysfunctional family.

This book is the fictional debut of history writer Robert H. Patton. His style reflects his past; Cajun Waltz is written in the style of novelized nonfiction, and Patton draws on actual historical events and people to give the story bite. In the style of southern gothic tragedy, all the characters in Cajun Waltz (even the protagonists, such as they are) are deeply flawed, and occasionally difficult to sympathize with.The book being set in the 1920s through the 1950s, the issue of race indeed comes up, but is largely discarded later in the book. The book also features two women prominently: Bonnie Bainard (daughter of Richie) and Adele (one of the family’s victims) who choose very different (and not necessarily successful) routes to deal with the casual misogyny (and violence) of both their era, and the Bainard family.

In all, this book is a quick read and difficult to put down once started. I think it speaks well of the author’s characters when I want to reach through the page and slap/strangle a few of them. History buffs, or those into historical fiction will enjoy this book.

A copy of this book was provided by the author via Goodreads in exchange for an honest review.Cajun Waltz is currently available for purchase. 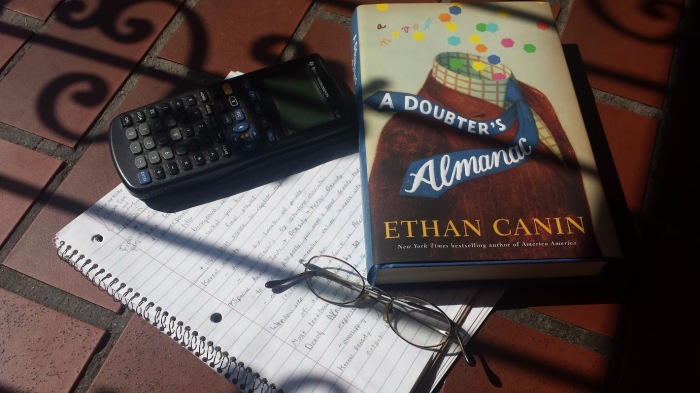 A Doubter’s Almanac by Ethan Canin

“Genius is a true degenerative psychosis.” These words, a quote by Cesare Lombroso and spoken by a character in “A Doubters’ Almanac” sums up this book quite efficiently. In this character study by Ethan Canin, we see how the pressures of genius can turn ambition upon itself in self-destructive fury.

As the story begins, we meet young Milo Andret, a bright young man being raised by indifferent parents. Milo skips grades, is socially indifferent, and spends his free time by himself in the woods. As Milo begins high school, he realizes his potential as a mathematician (heretofore unrecognized by himself or his parents). Milo heads to college at no less an institution than UC Berkeley, where he is brought under the tutelage of brilliant mathematician Dr. Borland. Borland is determined to rope Milo into his preferred field of topology. Pressure mounts as Milo’s genius is taken as a given, and we hear the repeated refrain that mathematicians either make their mark early or they fizzle out. Milo decides to focus his intellect on the Malosz Problem, which has baffled the greatest minds in mathematics.

And it is here that we begin to see the self-destructiveness of Milo’s vast intelligence. He becomes obsessed with solving the Malosz Problem, and it becomes the pivotal point of his college career. Milo’s obsession with solving the unsolvable continues to haunt his choices later, when he has achieved a professorship at Princeton University. Throughout the book, we see how the pressures of genius coupled with substance abuse combine to form a toxicity that will damage Milo and his family for decades to come.

This book is certainly not my normal fare. I tend to read things of a more escapist bent. I received this book as part of Powell’s Indiespensable (Vol.58), and this is one of the reasons I value the program so highly: it introduces me to books outside of my comfort zone. This book was well-written, the characters very vivid, and the plot skips backwards, forwards, and sideways in time. And while it’s certainly a far cry from my usual historical-sci-fi-mystery choices, I found myself enjoying it quite a bit. I will say I had to stop midway through and take a break to read a historical-sci-fi-mystery fun book (A Perilous Undertaking if you must know) to keep my spirits up.

The slog through the destruction of a family becomes disheartening at points, but with some well-earned escapism out of the way I can say that I’m quite glad to have read this book.Even the high math references going (way, way, way) over my head didn’t detract from the plot

If you’re generally a fan of soul-searching family and personal drama, or a math nut (which I am not) then you’ll most likely enjoy this book. Ethan Canin is a fine craftsman with words and his story is quite compelling. I definitely recommend this as a heavy read.

Separated sisters ” . . . are like a woman and her reflection, doomed to stay on opposite sides of the pond.”

Yaa Gyasi’s sweeping family saga begins in the 18th century with two half sisters, Effi and Esi. Effi has been raised in a Fante village on the Gold Coast of Ghana, and Esi in an inland Asante village. Neither sister is aware of the existence of the other, and indeed, any union is swiftly made impossible: Effi is married off to the British Governor of the local garrison, and Esi is captured in a raid, and sold into slavery. The closest the women (girls, really) come to one another is at the garrison itself: a holding pen for slaves before being shipped of to the new world, and a home for the British colonial officers and their families. Though separated by twenty feet of stone and mortar, the sisters’ lives diverge sharply from here.

Gyasi follows both families, from the 18th century to the present day. We see the children, grandchildren, great-grandchildren, and on, of Effi and Esi, and how the horrors of slavery and the difficulties of British occupation and colonization shaped the future for both families.

The novel is about loss. Loss of the past, of humanity, of family, of hope. Esi’s family suffers the repercussions of slavery and bigotry for generations. We see how the inhumanity of slave owners helped to break apart the family structure of their slaves, separating parents and children, forcing slaves into marriages “for insurance purposes.” Even when Esi’s descendants manage to throw off the bonds of slavery, we see how the institution’s tentacles continue reaching for them, dragging them backwards for generations.

For Effi’s family, the loss of family and loss of connection seem to be largely self inflicted. Conflict between the British and Africans, and between different African tribes boils over into Effi’s family, causing strife and disaster, even for those safe from the slave trade.

But there is also hope in this book. We see each generation as a small vignette, mothers, fathers, children, grandparents. We see the hope each generation has for the one that will follow it. We feel it when those hopes are dashed, and we rejoice when they become reality. We despair when it seems there is no more hope to be had at all. That is the magic of Gyasi’s book. It is an epic tale, spanning 300 years and many generations on both sides of the Atlantic. Yet, it feels small at the same time. We get to know each generation so intimately that Homegoing stops being the historical epic, and instead becomes a family portrait.

This is, simply put, a beautiful book. That this is a debut novel makes Homegoing even more astounding. Yaa Gyasi is an incredibly talented woman, who will surely create many more works of art in the future.